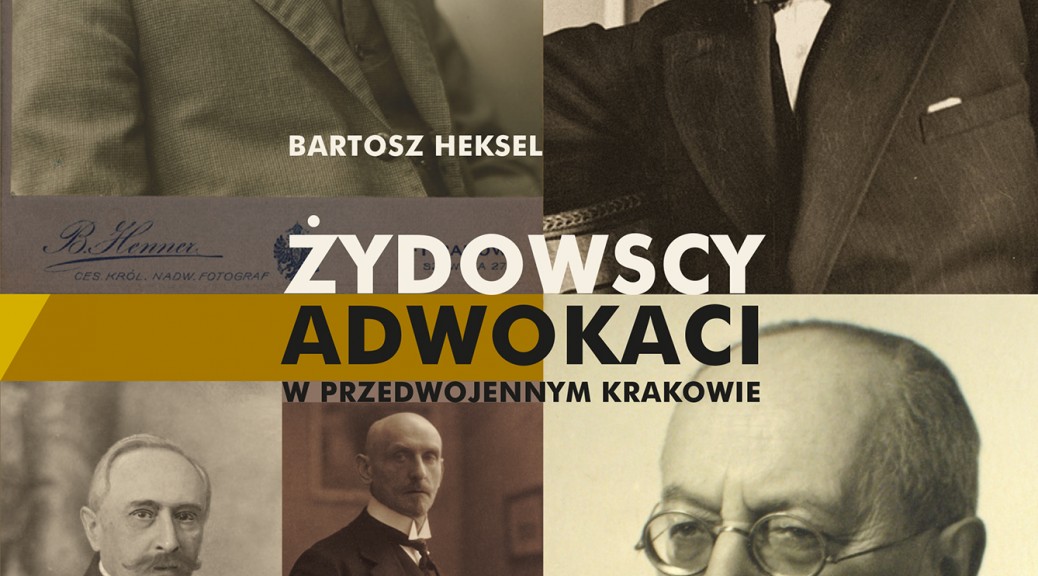 EMG Publishing House is proud to announce the premiere of the book „Jewish Advocates in Pre-War Krakow”.

Publishing a book on the activities of Krakow lawyers of Jewish origin until 1939 is a unique challenge undertaken jointly by Bartosz Heksel and the EMG publishing house. The publication fills the acute gap in research on interwar Jewish Krakow and one of the most important social groups in the city in that time. 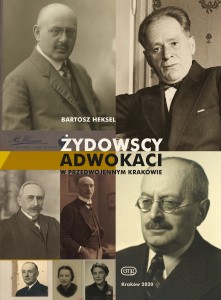 We are convinced that the popular science nature of the work will contribute to the increased awareness of the destroyed world not only among historians and researchers, but also amid a wide range of readers.

The book is devoted to lawyers of Jewish origin, especially the role they played in interwar Krakow. It concerns their social, political, cultural and scientific activities, as well as their contribution to the development of Polish and European legal thought. The picture is complemented by stories of specific people and their families, selected high-profile court cases in which they participated, and examples of the social life of the elites, characteristic for this era. The publication also presents the fate of Krakow lawyers during and after the war. The book uses archival documents and it’s illustrated with photos and materials from museum and private collections, so far rarely or not presented at all.

The work is completed by 429 biographies of people who practiced as an advocate in 1939.

Bartosz Heksel is a graduate of history at the Jagiellonian University (2010), postgraduate studies „Nazism – Totalitarianism – Holocaust” conducted by the Pedagogical University in Krakow and the Auschwitz-Birkenau State Museum, and postgraduate museum studies at the Jagiellonian University. Since 2012, he has been working at the Historical Museum of the City of Krakow, currently as an assistant professor at the Eagle Pharmacy branch. He is the author of the scenario for three temporary exhibitions: „Emigrejtan. Zygmunt Nowakowski – a Cracovian in exile”, „Zwierzyniec invites: Dębniki” and „Żegota. Hidden help”, co-author of the catalog „Żegota. Hidden Help” (2017) and several outdoor exhibitions, as well as the author of articles about Krakow and Krakow Jews, published in „Krzysztofory. Scientific Journals of the Historical Museum of the City of Krakow”.

Published with the support od Association of Cracowians in Israel 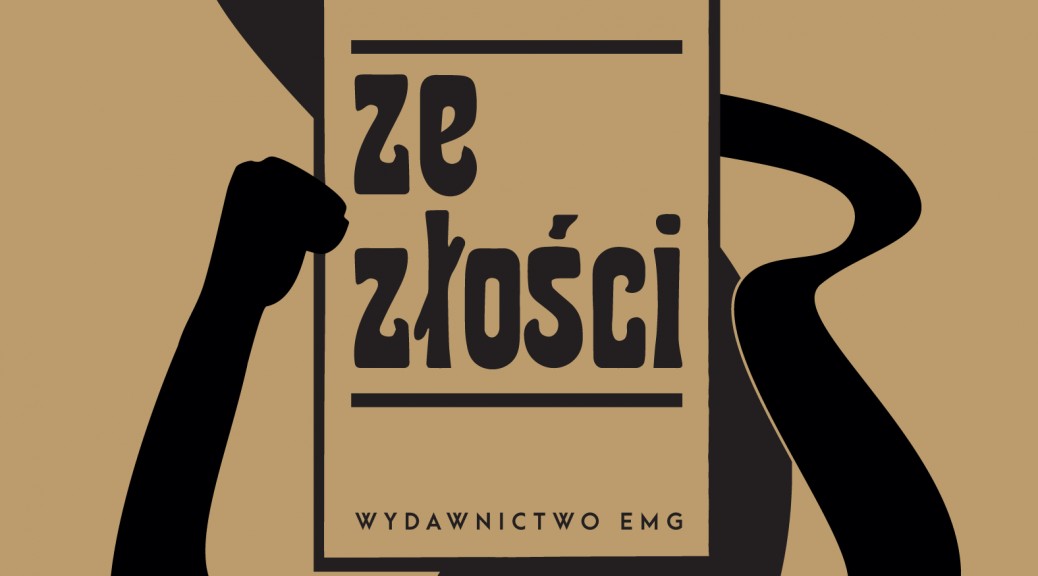 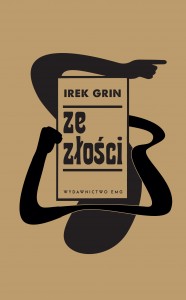 EMG publishing house announces „Food and Culture” – the third volume of the notebook for reading in the series „Residents of Jewish Krakow”. The texts in the notebook are bilingual: in Polish and in English.

The purpose of this publication is not to show what is called Jewish cuisine. The presented recipes are a symbolic selection of recipes written by pre-war Cracovians of Jewish origin, most of them non-religious. These private notes are more than just a hint on how to cook – they have also become a pretext for biographies and a background for a fragment of the life of once a quarter of Krakow’s community.

This picture would be too poor without showing restaurants and cafes run by the Jewish citizens of our city. The notebook contains photos and information about such places, and the biographies contain fragmentary data about life in pre-war Krakow, the history of places that no longer exist, the war drama and subsequent history. During the research, it turned out that many restaurateurs’ families were associated with the development of Krakow and Polish sports, so this aspect also appeared in the publication.

The publication is in the form of a reading notebook. For those who wish to find more information, we encourage you to follow the bibliography and add the information you find on the free pages. You can also write down your own recipes or notes improving the given recipes.

EMG Publishing House is proud to present the second notebook for reading: „Art and Culture” from the series „Residents of Jewish Krakow”. The texts in the notebook are bilingual: in Polish and in English.

Before World War II, Jews comprised over 30% of Kraków’s population. The Holocaust affected almost everyone. The purpose of the publication of EMG’s notebooks is – necessarily fragmentary and subjective – to present portraits of Polish Jews who lived and worked in Krakow or were otherwise associated with it.

This volume shows people who were active in the sphere of art and culture: painting, theater, literature, music, collecting, as well as donors of the most important Polish museums and muse of the most famous artists.

These figures, often forgotten, are symbols of the community of over 60,000 people involved in the development of our city and country.

The reading notebook is by definition an accessible form, consisting of short biographies of extraordinary people. They are complemented by wonderful and often unknown photos from family collections or museum and library archives rarely shown or not available to the public. On the free pages, interested parties can add notes and expand information, following in the footsteps of the notebook’s heroes. 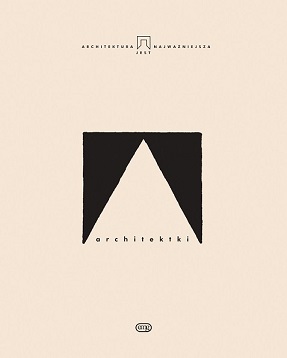 The EMG publishing house is proud to announce the launch of the book „Ms. Architects” – the second volume of the series ” The most important is Architecture” – now available in ebook format on the Woblink website! 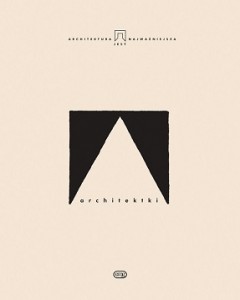 The stories presented in the book, are dedicated to six female architects. The included texts are trying to apprise the role of women, not only in shaping the modernist vision of Polish architecture and urbanism, but also struggle with still present stereotype of the patriarchal world of builders, in which the only “father of the work” remains still a male architect.

Every described character in the book shaped the story of Polish architecture in a different way, and wrote down in it an original chapter. Choosing the side of modernism, they inscribed themselves in the history of Polish modernity, which we today discover and analyze afresh. The book, which is now given to the readers, is a very precious elaboration, emphasizing the meaning of women for Polish architecture. And also an inspiration for further studies on the achievements both of the characters described in the book, and also many others, who are still to come.

From the Andrzej Szczerski’s introduction 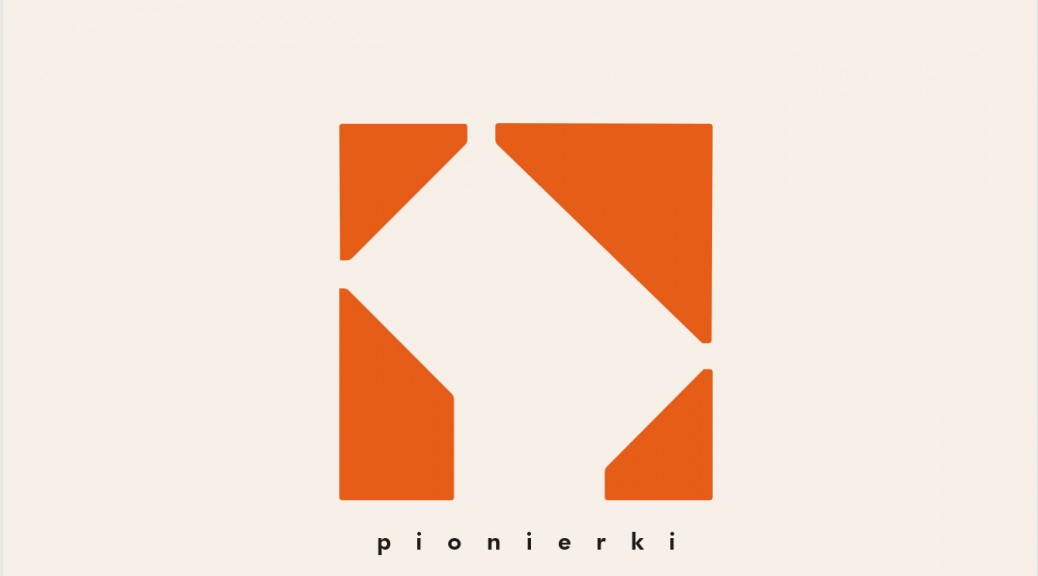 The EMG publishing house is proud to announce the launch of the book „Ms. Pioneers” – the sixth volume of the series ” The most important is Architecture” – now available in ebook format on the Woblink website!

The book is a collection of essays by Hanna Faryna-Paszkiewicz, Grażyna Hryncewicz-Lamber, Marta Leśniakowska, Joanna Majczyk, Małgorzata Omilanowska, Grzegorz Piątek and Agnieszka Tomaszewicz. The book premiere is on November 22. 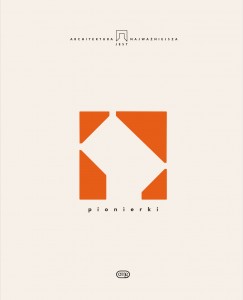 „Ms. Pioneers” is a response to the wishes of readers of the „Architecture is the most important” series. After the second volume of the series, entitled „Ms. Architects”, the EMG publishing house met with many voices encouraging the continuation of the topic of women’s participation in the creation of Polish architectural culture. „Ms. Pioneers” is a collection of essays about the precursors of urban planning and architecture of modern Poland. It’s about women that were forgotten in these areas, although they contributed to its development: Anna Ptaszycka, Wanda Krahelska, Wanda Melcer, Gizella Marguliesówna and Teresa Chmura-Pełech.

The series is dedicated to the memory of Professor Tomasz Mańkowski, an architect.

In the beginning there was Twelve. Then: Thirteen. And now, naturally, Eleven!

11 kilometers from Krakow. A TV worker crossing the road sees a bloody man.

Suburb. 11 kilometers from Krakow. Master and girl at Stylowa restaurant try to understand the mystery of the death of the Doctor.

Suburb. 11 kilometers from Krakow. There is a light in the house of the dead.

Marcin Świetlicki presents the last part of the Master’s cases. Up to page 160, it is almost a metaphysical book. And then detective story. Two in one for the same price.

„Thirteen” by Marcin Świetlicki is a continuation of the best-selling, cult and magical novel „Twelve”. This time – even more dramatically, even harder, even more – musically! Krakow vs Warsaw, Warsaw vs Krakow … A poetic and daring thriller! And all this in a digital version!

„Thirteen” by Marcin Świetlicki is a continuation of the best-selling, cult and magical novel „Twelve” (EMG, 2006). The main character of Świetlicki’s new thriller, a former children’s cinema star, the man they call the Master, fortunately is no longer lonely. The bitch came back.

Marcin Świetlicki born on December 24, 1961 in Lublin. Polish poet. He lives in Krakow.
Author of many books with poems.
Vocalist and songwriter of the Świetliki band.
Winner of many awards.
Creator of a new genre in popular literature,
referred to as the „thriller from Krakow”.
After „Twelve” and „Thirteen” it announces the next part: „Eleven”.

Do you remember the Master who didn’t know how to handle a cell phone? He returned after 15 years! And he would probably be surprised if he saw in what form…

„Twelve” – ​​the first of three legendary, magical and cult novels by Marcin Świetlicki about the adventures of the Master – now available in digital version!

This is dark Krakow. A city with terrible secrets. The former children’s cinema star, lost man, and detective by chance finds one of them. They call him Master.

He’s an irresponsible man. A man who avoids life. Has no ID, mobile phone, bank account or driving license. People say that he has gained weight, swollen, turned white. And suddenly, quite unexpectedly, crime enters the privacy of his unnecessary existence…

In the shadow of the serial killer from the past, Karol Kot, in the twilight of the alleys of the Old Town, with the false sounds of the bugle call from St. Mary’s Tower, the murderous race against time begins…

BOOK AVAILABLE IN THE EBOOK FORM ON WOBLINK. 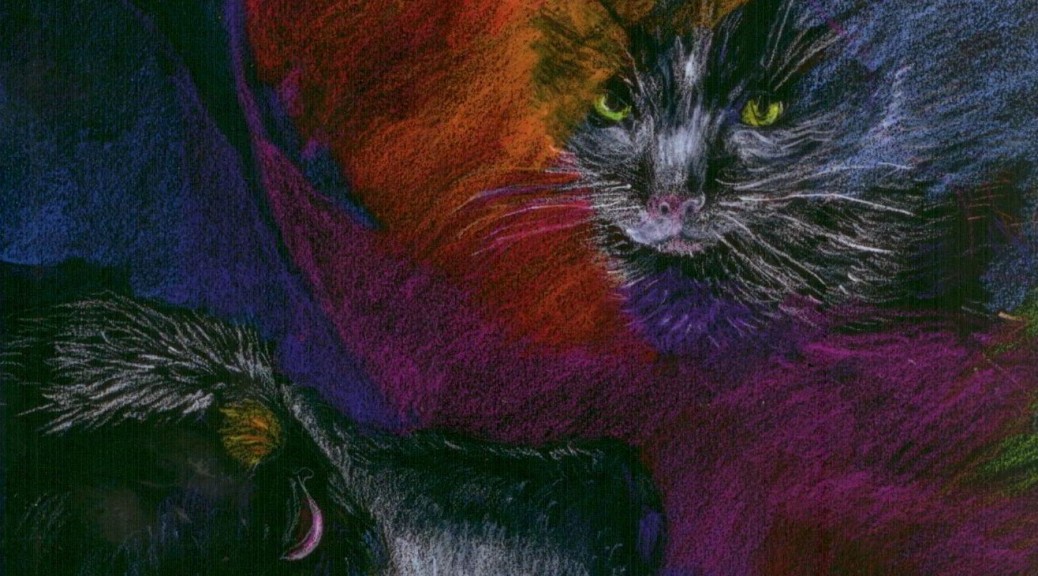 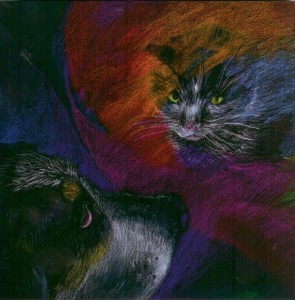