Ioana Pârvulescu (born in 1960 in Brasov) is a novelist, essayist, publicist, critic of literature and professor at the University of Bucharest, where she lectures Romanian literature at the Faculty of Philology. She is also an editor in the journal România literară. She initiated and coordinated the „Cartea de pe noptieră” collection of world literature at the Humanitas Publishing House for over ten years. In 2013 she received the European Union Literary Award for her debut novel Viaţ începe vineri (Life begins on Friday, translated by Karolina Brykner, Tomasz Klimkowski, Kraków 2016). 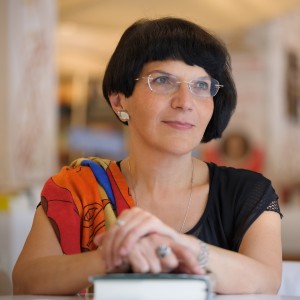