Esther Streit-Wurzel was born on July 25, 1932 in Petach Tikva, she died there on December 7, 2013. Her family roots also reach to Krakow. She was loved by a huge group of readers. In fact, there was no one in Israel who did not know her books. Thousands of people came to the writer’s funeral. 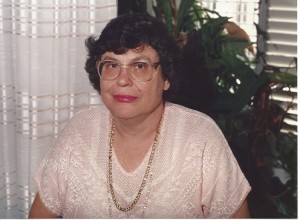 In her work, Streit-Wurzel drew on various subjects, from the Jewish fate during the Holocaust, through illegal emigration to Palestine and the liberation war of 1948, to issues related to emigration and acclimatization in Israel. Her books featured various topics, including issues related to the dilemmas of growing up, relationships with parents or first love, all woven into a fascinating story.

The position reached by Esther Streit-Wurzel in Israeli youth literature can be compared to that of Hanna Ożogowska, Adam Bahdaj, Edmund Niziurski or Małgorzata Musierowicz. However, this comparison does not reflect the whole truth. Indeed, while many well-known names can be added to the above-mentioned list of Polish writers, Esther Streit-Wurzel is an exceptional phenomenon in Israeli writing. In a national plebiscite organized in 2008, her book Alef Class took the place as the most „Israeli novel” that emerged during the sixty years of the existence of the State of Israel.