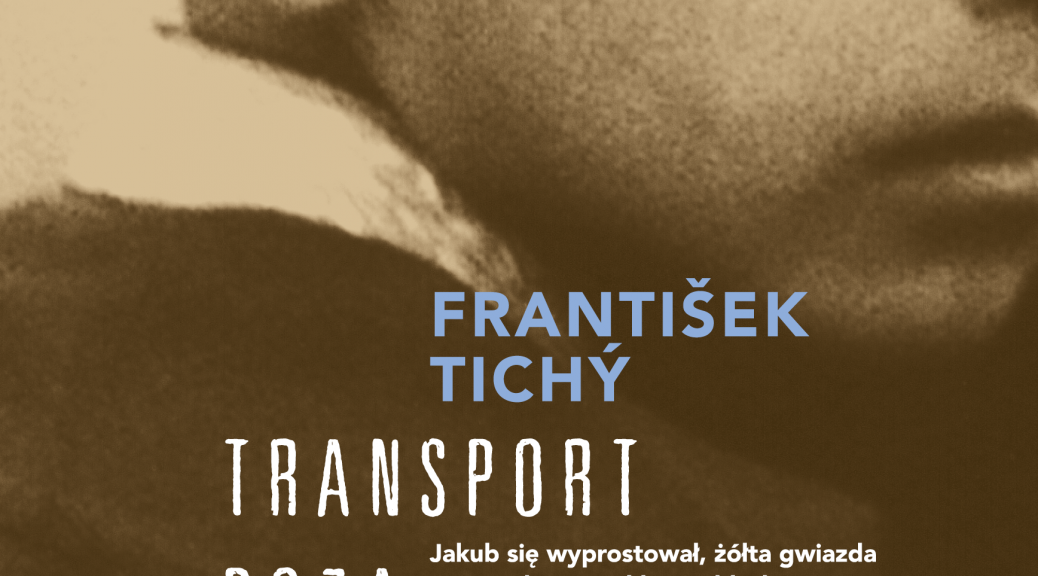 EMG publisher is pleased to present the third volume of the series „With head”: the Czech novel „Transport beyond eternity” written by František Tichý. The book was translated by Anna Wanik and the author of the illustration is Stanislav Setinský. František Tichý for his book „Transport beyond eternity” received in 2018 the most important Czech literary prize Magnesia Litera – the equivalent of the Polish Nike Literary Award.

Although the story of the novel was invented by the author, it was inspired by real events and people, including biographies of Petr Ginz, an extremely talented boy of Jewish descent, and Josef Jan Kratochvíl, a member of the Czech resistance. Based on authentic materials: letters from Kratochvíl from prison, texts published in the journal Vedem by the children of the Theresienstadt ghetto and Petr Ginz diaries, Tichý creates a touching and tense story of friendship, loyalty, sense of value and justice, while describing war and fascism force their way into the happy lives of Prague high school students.

The narrator, Honza, faces evil. After arresting his father, he feels responsible for his family, and after introducing regulations restricting the rights of Jewish citizens, he risks staying in close contact with his Jewish friends, Petr and Jakub.